I’ve had nationalism on the brain lately–thinking about the history of Chinese nationalism, reading about Russian nationalism–so I was predisposed to interpret the UK’s vote to leave the EU as being driven by nationalism. I found Fintan O’Toole’s essay arguing that the Brexit movement was an undeclared English (not British) nationalist movement very convincing, and it looks quite prescient in light of the actual results. Yet a number of my British colleagues and friends did not agree that the term nationalist applied. 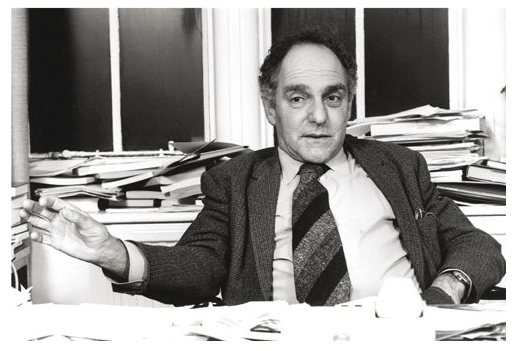 The classic definition comes from Ernest Gellner, the great anthropologist and philosopher, who argued that nationalism is about political legitimacy: legitimate government requires that the boundaries of the state and the boundaries of the nation/people/ethnos coincide. One state per nation, one nation per state:

Nationalism is primarily a political principle, which holds that the political and the national unit should be congruent.

This principle is now so widely accepted–“self-determination of peoples” is right there in the UN Charter–that it is easy to take for granted. But it was and is a revolutionary argument, and Gellner used it to explain the breakup of the 19th-century European empires (and later the Soviet Union) into smaller, more ethnically homogeneous states.

Secession from an entity that is too large or foreign to be legitimate is the quintessential nationalist political movement. The most principled arguments for Brexit–self-government and the supremacy of Parliament–are thus in fact the most nationalist (again, I am not using nationalism as a pejorative term but as a descriptive one). If starting point is that the nation-state is the proper form of government then it is indeed hard to see the EU–a state without a nation–as a fully legitimate government.

John A. Hall, in his biography of Gellner, notes a few issues with Gellner’s original formulation. First, the focus on how European empires split into smaller countries means it may not be as helpful in understanding nationalism in large countries whose borders are not particularly contested. A theory of nationalism that does not explain Chinese, Indian, Russian or Japanese nationalism is probably not a very useful theory. Second, it doesn’t perfectly jibe even with the history of classical nineteenth-century nationalist movements such as the Czech, who originally agitated for better treatment within Austria-Hungary rather than outright independence. Hall concludes that a different definition of nationalism is required:

Not every nation seeks its own state. Nationalism is better defined in the simplest terms as the desire for the national group to prosper.

There is clearly something to this, but Hall’s proposal feels a little too baggy and capacious: who doesn’t want their government to do good things? I would try to tighten up the definition a bit, and propose that nationalism is the argument that a legitimate government is one that works to raise the status and prosperity of the nation/people. This formulation builds on rather than replaces Gellner’s original one, since it still presupposes that government is the representative of a definite group, however it may be defined (an “imagined community” in Benedict Anderson’s phrase).

The ingroup-outgroup dynamics that are inherent to nationalism clearly resonate with a lot of people, though they can manifest in different ways. Nation-states that arise out of polyglot empires (e.g. China and Indonesia) seem to have a strong attachment to the details of maps and national boundaries, while those that are more monoglot in their self-imagination may focus more on ethnic differences (much of Europe). But that’s not all that nationalism is about. Chinese nationalism from the 20th century days was consistently focused on national “wealth and power” (fuqiang), and this has also been the unvarying theme of its post-Mao politics. The most recent versions of Russian nationalism have in fact meant an increase rather than a decrease in the nation’s foreign entanglements–which are popular because they are perceived as raising the status and power of the Russian people, however much they complicate the one state per nation idea.

This definition of nationalism should be a neutral one: nationalism seems to be neither inherently left wing or right wing, good or bad (it’s good to recall Benedict Anderson’s comment that “nations inspire love, and often profoundly self-sacrificing love”). Rather, nationalism offers powerful arguments about political legitimacy that can appeal across the political spectrum, which resonate because they do in fact reflect important aspects of people’s real lives (rather than being purely theoretical or based on economic self-interest). That flexibility and emotional force may be some of the reasons why nationalism, born in the late 18th or early 19th centuries, continues to be so potent well into the 21st century.

I can’t resist closing with a fantastic, acerbic quote from Gellner, on how nationalism has proved to be so much more powerful than other ideological movements:

Just as extreme Shi’ite Muslims hold that Archangel Gabriel made a mistake, delivering the Message to Mohamed when it was intended for Ali, so Marxists basically like to think that the spirit of history or human consciousness made a terrible boob. The awakening message was intended for classes, but by some terrible postal error was delivered to nations. It is now necessary for revolutionary activists to persuade the wrongful recipient to hand over the message, and the zeal it engenders, to the rightful and intended recipient. The unwillingness of both the rightful and the usurping recipient to fall in with this requirement causes the activist great irritation.

From our current perspective, the spirit of history’s mistake looks like delivering the message of Marxism in the first place. The long, painful experimentation with this highly ideological form of government seems to have put down surprisingly shallow roots. Stalin fairly early on abandoned pure Marxism for a version heavily flavored with Russian nationalism, and China’s Communist leadership did something very similar once the ideologue Mao Zedong was out of the way. The Marxist component has only gotten more diluted in the ensuing decades. Eric Hobsbawm’s comment that “Marxists as such are not nationalists” is absolutely right as a matter of principle–it’s just that there were never so many true Marxists to begin with.