René Girard’s I See Satan Fall Like Lightning is perhaps the strangest, most unusual book I have read all year–as well as the one with the best title. Then again, I don’t read many works of Biblical exegesis-cum-philosophical anthropology, if that is even a genre. It was strongly recommended by a French colleague after Girard passed away last year, and not having been familiar with Girard before, I decided to fill that hole in my education.

And indeed I feel like I should have encountered him much earlier. I See Satan Fall Like Lightning may not have been the best place to start for a Girard newbie, but it does contain some of the most concise, most powerful and beautifully written statements of the key insight of social science: that human beings are not autonomous monads but fundamentally social beings, whose thoughts and actions are shaped by the people around them. (Peter Thiel, who has been vocal about Girard’s greatness, seems to have put these insights to more practical use than me or most of my classmates in anthropology did.)

Girard takes an unusual route to get to this insight, using scraps from the Bible and the Greek myths more in the manner of a literary critic, but he expresses it as well or better as any of the greats of twentieth-century social science. He might not want to be put in the company of Claude Levi-Strauss, about whom he was quite scathing, but it’s hard not to see the similarities in their grand ambition to construct a philosophical anthropology. Here’s a spectacular passage, in which Girard builds an account of human nature and culture out of just one of the Ten Commandments:

The tenth and last commandment is distinguished from those preceding it both by its length and its object: in place of prohibiting an act it forbids a desire: “You shall not covet the house of your neighbor. You shall not covet the wife of your neighbor, nor his male or female slave, nor his ox or ass, nor anything that belongs to him.” (Exod. 20:17)

Without being actually wrong the modern translations lead readers down a false trail. The verb “covet” suggests that an uncommon desire is prohibited, a perverse desire reserved for hardened sinners. But the Hebrew term translated as “covet” means just simply “desire.” This is the word that designates the desire of Eve for the prohibited fruit, the desire leading to the original sin. The notion that the Decalogue devotes its supreme commandment, the longest of all, to the prohibition of a marginal desire reserved for a minority is hardly likely. The desire prohibited by the tenth commandment must be the desire of all human beings in other words, simply desire as such. …

If individuals are naturally inclined to desire what their neighbors possess, or to desire what their neighbors even simply desire, this means that rivalry exists at the very heart of human social relations. This rivalry, if not thwarted, would permanently endanger the harmony and even the survival of all human communities. Rivalistic desires are all the more overwhelming since they reinforce one another. The principle of reciprocal escalation and one-upmanship governs this type of conflict. …

Even if the mimetic nature of human desire is responsible for most of the violent acts that distress us, we should not conclude that mimetic desire is bad in itself. If our desires were not mimetic, they would be forever fixed on predetermined objects; they would be a particular form of instinct. Human beings could no more change their desire than cows their appetite for grass. Without mimetic desire there would be neither freedom nor humanity. Mimetic desire is intrinsically good.

Humankind is that creature who lost a part of its animal instinct in order to gain access to “desire,” as it is called. Once their natural needs are satisfied, humans desire intensely, but they don’t know exactly what they desire, for no instinct guides them. We do not each have our own desire, one really our own. The essence of desire is to have no essential goal. Truly to desire, we must have recourse to people about us; we have to borrow their desires.

This borrowing occurs quite often without either the loaner or the borrower being aware of it. It is not only desire that one borrows from those whom one takes for models; it is a mass of behaviors, attitudes, things learned, prejudices, preferences, etc. And at the heart of these things the loan that places us most deeply into debt–the other’s desire–occurs often unawares.

The only culture really ours is not that into which we are born; it is the culture whose models we imitate at the age when our power of mimetic assimilation is the greatest. If the desire of children were not mimetic, if they did not of necessity choose for models the human beings who surround them, humanity would have neither language nor culture. If desire were not mimetic, we would not be open to what is human or what is divine.

Mimetic desire enables us to escape from the animal realm. It is responsible for the best and the worst in us, for what lowers us below the animal level as well as what elevates us above it. Our unending discords are the ransom of our freedom. 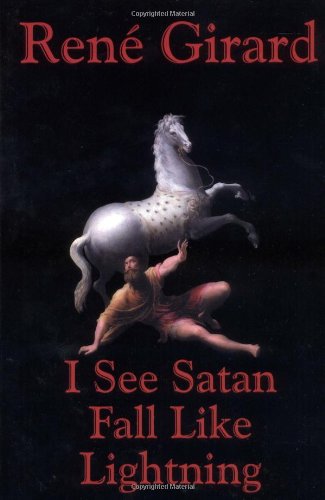