William Overholt’s book China’s Crisis of Success covers a lot of different topics, but one theme that he keeps coming back to is fear.

A lot of what drove China’s daring early economic reforms was fear of falling back into the chaos of the Cultural Revolution. Fear can motivate political leaders to do things that are out of the ordinary, and motivate the population at large to accept them. It is not a coincidence, in Overholt’s view, that the miracles of economic growth in Asia followed national catastrophes:

The societies that have been able to implement the required policies [for rapid economic growth] are all ones that have experienced excruciating trauma and intense fear: Japan after losing World War II; South Korea after the Korean War; Taiwan after the Chinese Civil War; Singapore after its traumatic separation from Malaya (which meant facing two much larger powers, Indonesia and Malaysia); Vietnam after wars with France, the United States and China; and China after a century of foreign humiliation and tens of millions of deaths from domestic strife. …

The policies required for rapid growth entail enormous social dislocations, and political leaders who consider imposing such dislocations reasonably fear for their jobs. They only try when they are terrified of the alternative, and when a population fearful of collapse accepts otherwise unacceptable stresses. These are the political prerequisites of miracle-level growth.

I think there is something to this, even if it’s not the kind of insight that seems particularly easy to run regressions on (parts of Europe after the second world war probably also belong on the list).

Overholt calls China’s current situation a “crisis of success” because it has in fact succeeded in dispelling fear of national collapse. But without that fear, it is harder for political leaders to make disruptive changes to the system, and it is harder to convince interest groups to accept such changes.

One of China’s current problems is that shared national fear of collapse has given way to complacency and some hubris. …

As fear segues into confidence, the willingness of the population to endure terrible stresses dissipates and so does the motivation of the leaders to take great risks.

For this reason he thinks it is becoming difficult for China to continue liberalization that would reduce the role of government intervention and state-owned enterprises in the economy (the book, which came out at end-2017, is somewhat equivocal about this, but in person Overholt nowadays is more decisively pessimistic).

In recent years, advocacy for continued economic liberalization in China has been organized around the idea of the “middle-income trap”: if China does not do XYZ reforms, the argument goes, it will fall into this trap and not realize its full potential. But the middle-income trap is not a disaster or national catastrophe; it’s just things being not as good as they perhaps could be:

The stakes are different now – not war, not chaos, not financial collapse, just slower growth.

Since China’s growth is going to slow anyway, no one can honestly promise China that, if they do XYZ reforms, growth will not slow down. All they can argue is that growth might not slow down as much as it otherwise would. Which is not that compelling of an argument. So fear of the middle-income trap may not be enough to motivate the Communist Party to make politically difficult changes that reduce its ability to direct economic activity.

Fear does seem to be a stronger motivator in environmental policy: families rightfully fear for the health of their children, and political leaders rightfully fear the anger of families. The “fear model” thus suggests China could continue to make progress in reducing pollution, even if future economic liberalization is limited. 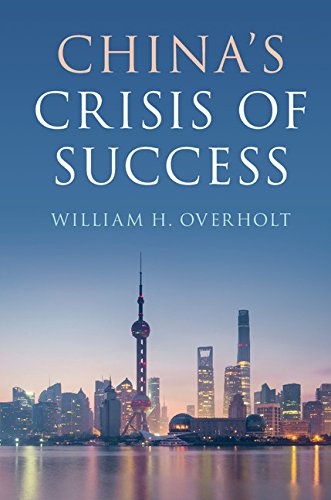