When I first started working on the Chinese economy, most of the research I read compared China to other Asian economies, particularly the “miracle” economies of Japan, South Korea and Taiwan. Grouping these economies together, despite their differences, is fairly easily justified by their exceptionally high growth performance over a long period of time.

But if we think back to the late 1970s and early 1980s, before China had that growth track record, it was not at all obvious that it belonged in the club. South Korea, Japan and the US were allied with the US, and China was, despite its feud with the Soviet Union, still very much part of the international socialist community. The term “transition economies” now conventionally refers only to Eastern Europe and former Soviet Union, and so leaves out by the far biggest example of an economy in transition away from central planning. So how exactly did China end up in the Asian growth miracle club, rather than the transition economy club? Some recent reading has helped me to understand this history better. 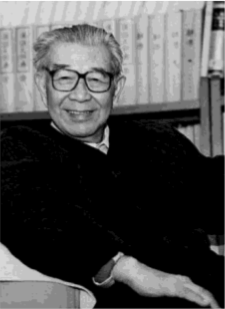 The examples of other socialist countries were in fact of great interest in China for a time. In the early years of the reform era, from roughly 1978 to 1985, there was a strong emphasis on establishing that economic reforms were ideologically consistent with socialism. One of the key figures in this effort was Yu Guangyuan, a Marxist theoretician/economist associated with Deng Xiaoping (he passed away in 2013). Yu presented China as one of several socialist countries in the world, all of whom had borrowed the Stalinist system from the USSR, all of whom had encountered problems in applying it to their own conditions, and all of whom were all trying to reform the socialist model. Hungary had had its “Goulash Communism” and Yugoslavia its “workers’ self-management” for years already. This rhetorical strategy emphasized how China was part of the global socialist movement, and how it risked falling behind even smaller socialist countries who were reforming.

Here is Yu on how the example of the Eastern European countries played an important role in early thinking about economic reform, from the preface to a recent anthology of his works:

In 1978, a delegation of the Party Central Committee visited Yugoslavia. The delegation was headed by Li Yimang, with me and Qiao Shi being his deputies. Our mission was to conduct field inspections and contacts and then submit a report to the Party Central Committee on the basic conditions of that country and on whether interparty relations should be resumed. Before that, I had contacted some economists from the Soviet Union and Eastern European countries for their views on reform but never conducted any field inspection.

Yugoslavia’s practice left a deep impression on us. From this inspection, we drew a conclusion that socialist countries could have diverse economic models. The delegation submitted a report to the Party Central Committee after the visit. The report held that Stalin tried to impose the Soviet economic system and model on Yugoslavia but Joseph Tito rejected them, which led to a deterioration of the Soviet-Yugolsav relations, and that Yugoslavia was a socialist country and the Communist League of Yugoslavia was a party upholding socialism. Based on this report, the Party Central Committee decided to recognize Yugoslavia as a socialist country and to resume its relations with the Communist League of Yugoslavia. This meant that the Party Central Committee changed its views on the diversity of socialist models…[which] represented an ideological shake-off of the party from the shackles of the Soviet model. …Nevertheless, many people indicated they could not accept the Yugoslav ‘autonomy’ system. In fact, our reform later did not follow that road.

…At the end of 1979, the Party Central Committee dispatched me to head a delegation to visit Hungary for a reform inspection. This inspection deepened our understanding that socialism could have diverse models, and enabled us to have more understanding of many concrete issues in the course of reform.

Yu also sponsored much of the early wave of research into the ideas of Mikhail Bukharin, the theorist behind the mixed-economy model adopted in Russia in the 1920s under the label of the “New Economic Policy” (see this previous post for more). But it is nonetheless the case that once the reform drive got beyond broad political conceptions and into practicalities, China took relatively little from the examples of Hungary, Yugoslavia, Poland and the USSR itself. Rather than restricting itself to models drawn from the international socialist brotherhood, China started looking to countries that were politically more distant but geographically closer.

One of the turning points in this shift is generally held to be the Moganshan conference of August 1982, organized with assistance from the World Bank. Edwin Lim, an early World Bank official in China, recalled the result in a 2005 account (source here):

Other than Adrian Wood and myself, all the other international participants were East European practitioners in Soviet-type reforms, particularly price reforms. Two major conclusions came out of this conference. First was that price reforms of the type attempted in the Soviet Union and Eastern Europe—more price adjustments than fundamental reforms of price-setting mechanisms—were not seen as true reforms. China thus began to look beyond the Soviet Union and Eastern Europe for its reform strategy. By the end of the decade, China was far ahead of the Soviet Union in moving toward a market economy. Second was the consensus among both international and Chinese participants that China simply did not have the margin of error to consider rapid reforms or shock therapy.

Another famous meeting of economists in 1985 helped cement the shift. Again from Lim:

Three years later, following the publication of the second Bank economic report, the question the reformists faced was how to manage a market economy and, particularly, the transition to it from a command economy. To address that question, we organized what has become known in China as the Bashan Boat Conference. The premier attached a great deal of importance to this conference and wanted many of the senior economic policymakers to participate. To ensure their complete attention, the conference was held on a boat (the Bashan) that floated slowly down the Yangtze River through the Three Gorges for seven days. Spouses of the international participants were invited, and each day the boat would dock to allow them to go sightseeing while the conference continued.

The decisive intervention may have been that of Janos Kornai, judging from how Ezra Vogel summarizes the result:

By the end of the conference, Chinese participants, already doubtful about the appropriateness of Eastern European models for China, were thoroughly convinced that the structural problems in socialist economies—such as the “soft budget constraints” that permitted firms to survive even with low performance and cycles of overproduction—were systemic problems in planning systems. This marked the end of the use of Eastern European reform models and greater acceptance of the role of markets.

If the fellow travelers in Eastern Europe did not have the answers, who did? There were some strong contenders not far away. Here is Vogel again (both quotes are from his Deng Xiaoping and the Transformation of China):

In the early 1980s, while Chinese leaders were exploring the experiences of Eastern Europe and making use of World Bank advisers, they were also studying Japanese experiences. Although Japan was a member of World Bank, Japanese efforts to work with China were generally done bilaterally and were conducted on a larger scale than China’s relations with any other country. Although China was also interested in the Taiwan and South Korea experiences in modernization, mainland China did not have direct relations with them until the late 1980s so their experiences in the early 1980s did not play a major role in shaping Chinese views. …

In the 1980s, Japanese gave more aid and built more industrial plants in China than did citizens from any other country. The Japanese factories built in China set standards by which China measured its progress in achieving efficient industrial production. For the study of modern science, the Chinese looked overwhelmingly to the United States. But more new machinery to build assembly lines in Chinese factories came from Japan than from anywhere else. Prime Minister Ikeda’s income-doubling plan for the 1960s became the inspiration for Deng’s goal of quadrupling the gross value of industrial and agricultural output in the 1980s and 1990s. And from 1974 on, Deng met more delegations from Japan than from any other nation.

By 1985, the idea that China would join the ranks of fast-growing East Asian countries was no longer ludicrous, though not exactly widely accepted. The Harvard economist Dwight Perkins was one of the first to posit that China would follow the high-growth East Asian path and not the less exciting example of the European transition economies. The following passage is from his 1986 book China: Asia’s Next Economic Giant? (note the question mark! a sign of the times):

Reform in the Chinese case means moving closer to at least certain key features of the economic strategy and economic system found elsewhere in East Asia. In concrete terms that means retaining an emphasis on an expanding role for foreign trade, household-based agriculture operating in response to market forces, and a substantially enhanced role for the market in industry subject to continued state guidance but not direct control. … Hungary and Yugoslavia, for example, have achieved reforms in their economic systems that go well beyond those currently in force in China in many respects, but no one contemplates 6 to 8 percent growth rates in GNP in those countries over the next decade or two. … Japan, South Korea, Taiwan and other others have demonstrated that GNP growth rates of 8 percent a year and even higher are feasible in the post-World War II era. In terms of per capita income, level of capital formation, and degree of income inequality China has characteristics similar to those of its East Asian neighbors when they entered into sustained periods of rapid growth.

Ultimately, the reason why China favored Asian over East European models was most likely that those models were more relevant to its conditions on the ground. Despite the political affinity with other socialist states in Europe, China’s economic structure at the start of the reform era was quite different, and more similar to the other Asian economies at the beginning of their growth take-off processes. The classic statement of this argument is a 1994 article by Jeffrey Sachs and Wing Thye Woo, “Structural Factors in the Economic Reforms of China, Eastern Europe, and the Former Soviet Union,” (JSTOR link):

China began reform as a peasant agricultural society, EEFSU as urban and overindustrialized. China faced the classic problem of normal economic development, the transfer of workers from low-productivity agriculture to higher-productivity industry. In EEFSU, the problem is structural adjustment: cutting employment in inefficient and subsidized industry to allow new jobs in efficient industry and services. …Crucially, China’s agricultural workers had nothing to lose, indeed much to gain, from the dismantling of socialism, while much of the industrial and even agricultural work force in EEFSU has plausible fears that dismantling the old system could leave them worse off, at least in the short run.

These days, the differences between China and the other Asian “miracle” growth stories are becoming more apparent–the most important being the continued large role of state-owned enterprises in its economy (the best summary of those similarities and differences is the last chapter of Joe Studwell’s How Asia Works). I wonder if, in this context, comparisons of China to the European “transition economies” will soon start to seem more relevant.