Timothy Snyder’s Black Earth: The Holocaust as History and Warning has been sitting on my list for a while, and I have benefited from finally reading it. The book is bracing, well written, and clearly argued.

In particular I found it a useful corrective to the conventional view of the Holocaust that I had absorbed, in which the Holocaust appears as the dark side of modern civilization, a result of state power and technology being applied to the gruesome business of ethnic extermination. Snyder’s key argument is that Nazi Germany was in fact a very different thing. The summation in his final chapter deserves quoting at length:

The dominant stereotype of Nazi Germany is of an all-powerful state that catalogued, repressed, and then exterminated an entire class of its own citizens. This was not how the Nazis achieved the Holocaust, nor how they even thought about it. The enormous majority of the victims of the Holocaust were not German citizens; Jews who were German citizens were much more likely to survive than Jews who were citizens of states that the Germans destroyed. … Not only the Holocaust, but all major German crimes took place in areas where state institutions had been destroyed, dismantled, or seriously compromised. The German murder of five and a half million Jews, more than three million Soviet prisoners of war, and about a million civilians in so-called anti-partisan operations all took place in stateless zones. …

Since the Holocaust is an axial event of modern history, its misunderstanding turns our minds in the wrong direction. When the Holocaust is blamed on the modern state, the weakening of state authority appears salutary. … On both the Left and the Right, postmodern explanations of the Holocaust tend to follow German and Austrian traditions of the 1930s. As a result, they generate errors that can make future crimes more rather than less likely.

On the Left, the dominant current of interpretation of the Holocaust can be called the Frankfurt School. The members of the group known by this name, largely German Jews who immigrated to the United States, portrayed the Nazi state as an expression of overgrown modernity. Theodor Adorno and Max Horkheimer, in their influential Dialectic of Enlightenment, began (as did Hitler) from the premise that “bourgeois civilization” was about to collapse. They reduced scientific method to practical mastery, failing (as did Hitler) to grasp the reflective and unpredictable character of scientific investigation. Whereas Hitler presented the Jews as the creators of bogus universalisms that served as façades for Jewish mastery, Adorno and Horkheimer opposed all universalisms as façades for mastery in general. The murder of Jews, they claimed, was just one instance of the general intolerance for variety that was inherent in attempts to inform politics with reason. It is hard to overstate the depth and significance of this error. Hitler was not a supporter of the Enlightenment but its enemy. He did not champion science but conflated nature with politics.

On the Right, the dominant explanation of the Holocaust can be called the Vienna School. Followers of the Austrian economist Friedrich von Hayek claim that the overweening welfare state led to National Socialism, and thus prescribe deregulation and privatization as the cure for political evil. This narrative, though convenient, is historically indefensible. There has never been a democratic state that built a social welfare system and then succumbed to fascism (or communism) as a result. What happened in central Europe was rather the opposite. Hitler came to power during a Great Depression which had spread around the world precisely because governments did not yet know how to intervene in the business cycle. Hayek’s homeland Austria practiced capitalism according to the free-market orthodoxies of the time, with the consequence that the downturn was awful and seemingly endless. The oppression of Austrian Jews began not as the state grew, but as it collapsed in 1938.

The main “warning” of the title is that the collapse of the state creates the conditions in which humanitarian disasters and mass killing are possible. If this was the lesson that had been learned from the Holocaust, perhaps it would have been easier to see how foreign interventions that destroyed functioning states without replacing them (Iraq, Libya) would lead to evil consequences for their people.

Snyder generally seems to want to emphasize the importance of the state’s Weberian role in maintaining the monopoly on legitimate violence, and preventing its widespread use against citizen. It is when the citizen-state relationship breaks down that violence overwhelms. Hitler, Stalin and Mao were thus ultimately alike in that their ideology subordinated citizenship and the state to their imagined struggles of class or race:

Yet in a certain respect Nazi Germany as a regime confirms everything that we know from decades of research on mass killing. On the one hand, social scientists have shown that ethnic cleansing and genocide tend to follow state collapse, regime changes, and civil war. On the other hand, historians emphasize that certain kinds of polities, communist party-states such as the Soviet Union, the People’s Republic of China, and Cambodia under the Khmer Rouge, are capable, in times of peace, of killing large numbers of their own citizens as a matter of deliberate policy. In these communist regimes the populations were not citizens in the traditional sense, since the party was the politically decisive instance, and could ordain that killing was required by the logic of history. These systems killed almost entirely their own citizens, almost exclusively on their own territory. Nazi Germany united these two logics of death, synthesizing order and chaos to produce the single most murderous outburst in human history. It was party-state that artificially generated state collapse in other countries, thereby creating a zone beyond its own prewar borders where a Holocaust was possible. 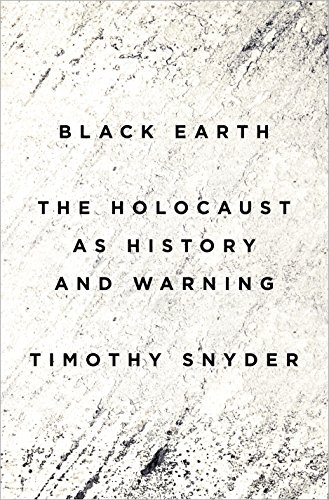