Oliver Sacks’ posthumously published essay collection The River of Consciousness is a surprise and a delight. While it has some pieces in his familiar style of reflections on neurological casework, the highlights are the truly wonderful essays on the history of science. Who knew that Darwin discovered the pollination of flowers by insects? Or that Freud did foundational research on the structure and role of nerve cells?

Informing these essays is Sacks’ deep affection for and engagement with the work of nineteenth-century scientists, particularly Darwin and Freud, but also many more obscure toilers. At one point, when investigating some of the peculiar visual hallucinations experienced by his migraine patients, he can find no help in twentieth-century psychiatric literature, so he looks further back:

When I searched the current literature, I could find no mention of these [phenomena]. Puzzled, I decided to look at nineteenth-century accounts, which tend to be much fuller, much more vivid, much richer in description, than modern ones.

Sacks found that those nineteenth-century writers, while often lacking a theoretical framework to interpret their observations, were meticulous recorders of what they observed. Twentieth-century psychiatry had a more developed theoretical system, but had little time for phenomena that did not easily fit into that system, and so ignored them. There is perhaps a parallel for this in anthropology, where the extremely detailed accounts of early fieldworkers can still be usefully mined for insights for decades afterward–something it is difficult to imagine happening with many contemporary works with a much more elaborate theoretical apparatus. A mindset that places value on facts is itself something of value.

In the nineteenth century, an era of naturalistic description and phenomenological passion for detail, a concrete habit of mind seemed highly appropriate, and an abstract or ratiocinating one was suspect—an attitude beautifully brought out by William James in his famous essay on Louis Agassiz, the eminent biologist and natural historian: “The only man he really loved and had use for was the man who could bring him facts.”

The nineteenth-century genius for, or mania for, the collection and description of facts is definitely one of the most distinctive traits of the epoch. Jürgen Osterhammel’s The Transformation of the World: A Global History of the Nineteenth Century, one of my favorite history books, describes this very well, though with more attention to the social than the natural sciences:

The novelty in nineteenth-century Europe was that, over and above a normative political and social theory, branches of knowledge arose with the aim of describing the contemporary world and grasping the patterns and regularities beneath the surface of phenomena. …

“Factual investigation”—which Joseph A. Schumpeter contrasted to “theory” in his great history of economic thought—acquired new scope and significance in the nineteenth century, when Europeans produced incomparably more self-observational and self-descriptive material than they had in previous centuries.

For the most important analysts of political and social reality—one thinks of Thomas Robert Malthus, Georg Wilhelm Friedrich Hegel, Alexis de Tocqueville, John Stuart Mill, Karl Marx, Alfred Marshall, and the chief figures in the German “Historical School” of economics, including the early Max Weber—factual investigation was closely bound up with the theoretical quest for connections and correlations.

Indeed, Schumpeter’s History of Economic Analysis has a lot of praise for “factual investigation,” and he particularly liked works that defied the stereotype of economics being excessively theoretical:

Of particular interest to us is the type of analysis that combines presentation and explanation of facts in such a way that the two cease to be distinct tasks and mutually condition one another at every step: the type of analysis that arrives at its results by means of discussing individual situations. … It is hardly possible to overlook the factual complement in the Wealth of Nations—though some critics seem to have accomplished even this feat.

A lot of those massive, fact-filled nineteenth-century tomes are certainly impossible to read today, but the greats of the era were able to integrate voluminous facts with theorizing and strong arguments. Such a style of analysis was precisely what Sacks enjoyed about Darwin’s later botanical works. These are little known compared to the Origin of Species, and yet Darwin spent decades of his life on them.

Darwin spoke of the Origin as “one long argument.” His botanical books, by contrast, were more personal and lyrical, less systematic in form, and they secured their effects by demonstration, not argument. …

Botany was not a mere avocation or hobby for Darwin, as it was for so many in the Victorian age; the study of plants was always infused for him with theoretical purpose, and the theoretical purpose had to do with evolution and natural selection. It was, as his son Francis wrote, “as though he were charged with theorising power ready to flow into any channel on the slightest disturbance, so that no fact, however small, could avoid releasing a stream of theory.”

Sachs accepts that the twentieth-century transformation of botany and zoology from sciences founded in descriptive natural history to more theoretical enterprises led to tremendous progress, but “it was clear that something was being lost, too.” With economics also having taken an empirical turn over the past couple of decades, perhaps there will be a swing back to appreciating some of those nineteenth-century virtues. 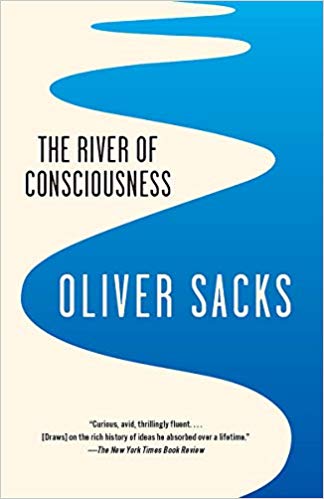